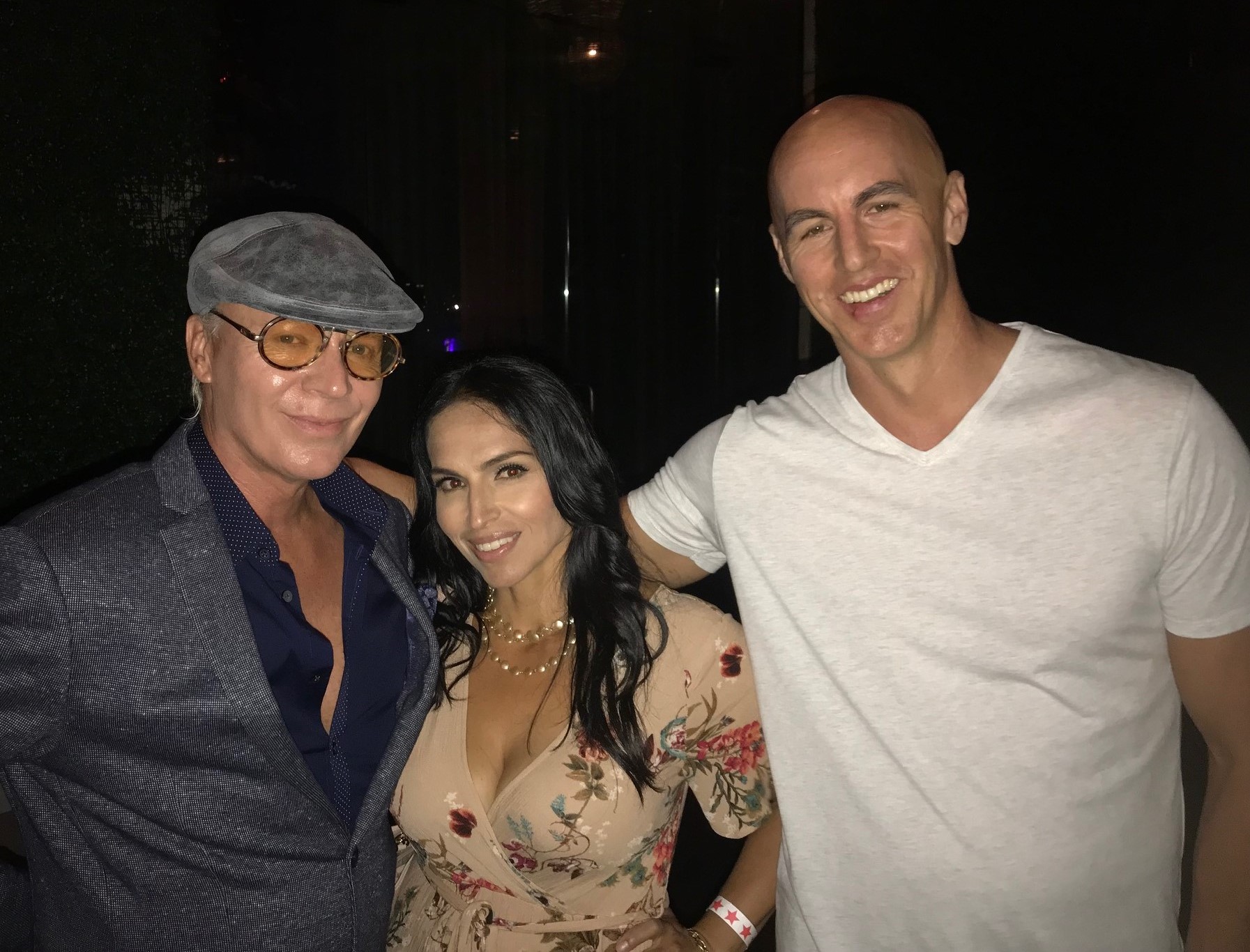 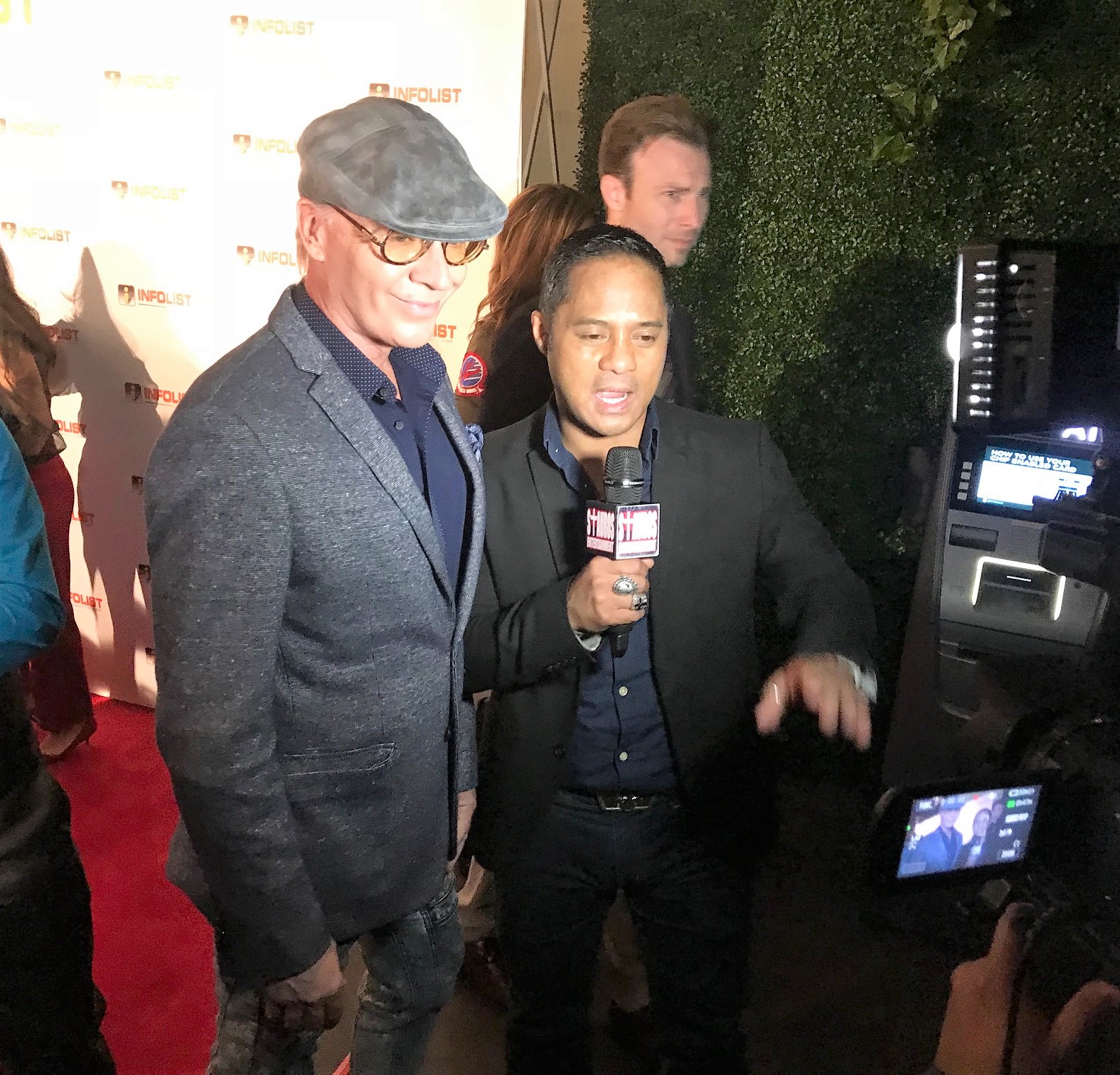 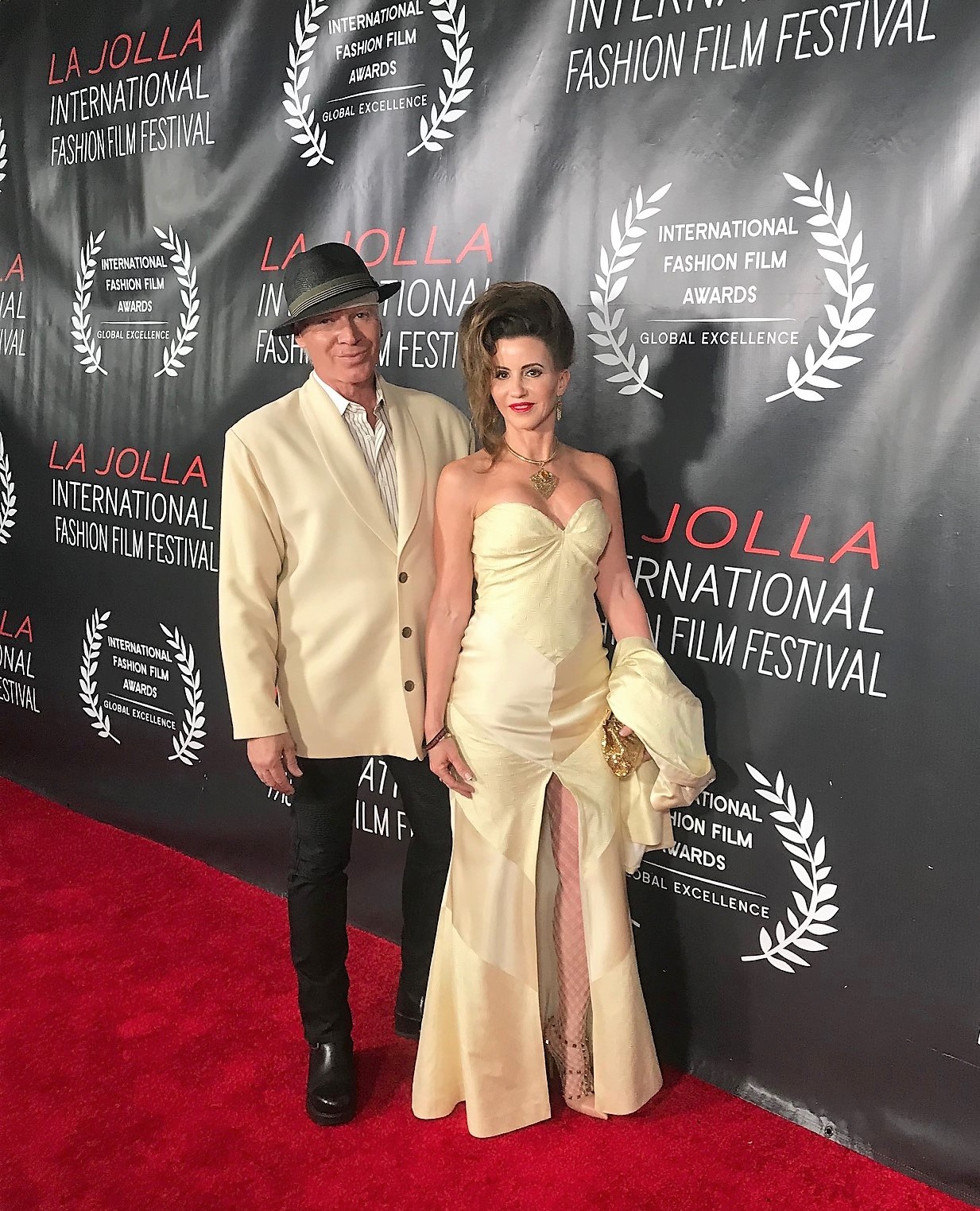 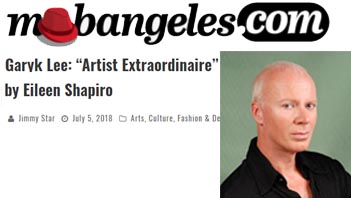 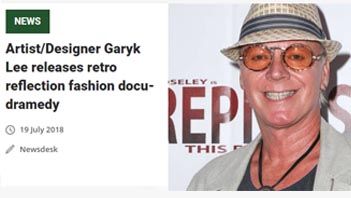 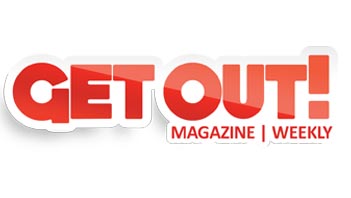 GARYK LEE CAPTURES THE ESSENCE OF THE RETRO DESERT LIFESTYLE. 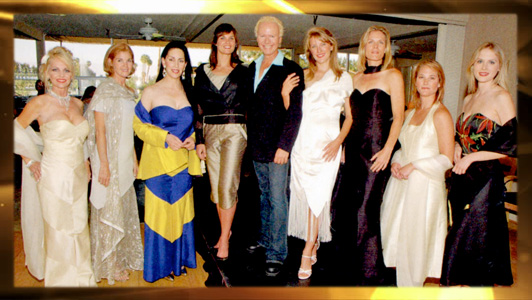 Garyk Lee of the House of Lee introduced his new fall fashions to invited guests at a showing at Seven Lakes Country Club. 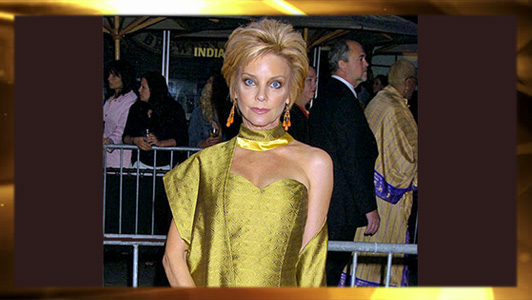 Palm Springs’ Judith Chapman, (The Young and The Restless), strolled down the red carpet at the Daytime Emmy Awards in a gown by Palm Springs designer Garyk Lee. In the 1980’s, Lee opened a couture salon in Beverly Hills, In the 90s, he moved to New York and sold his label to stores such as Neiman Marcus. Lee designed Chapman’s gown in green silk, made from a 100 year old Vietnamese loom. 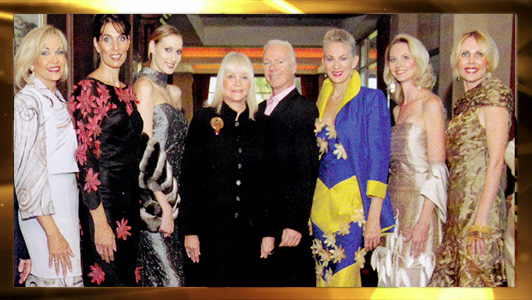 The Trojan League of the Desert 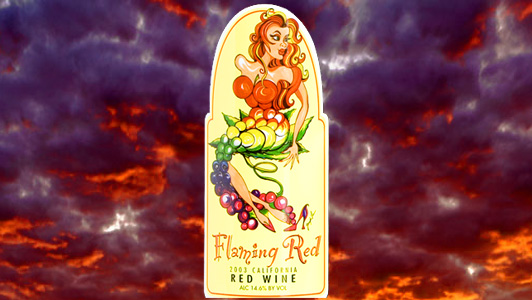 Rainbow Ridge Wines in Palm Springs has introduced The Fab 3 – Flaming Red, Avid White, and Butch Blush. Tasty, yet affordable, ($10), the wines add to Rainbow Ridge’s premium line of Alicante, Bouschett, and Chardonnay. Palm Springs artist Garyk Lee created the personas for the labels and painted them in a mural at Rainbow Ridge headquarters. 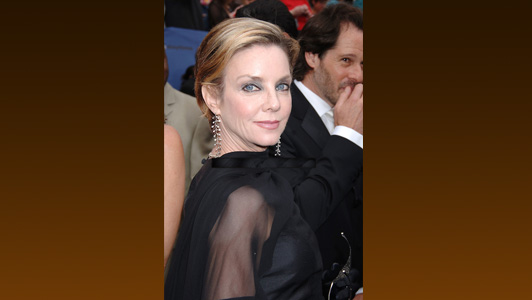 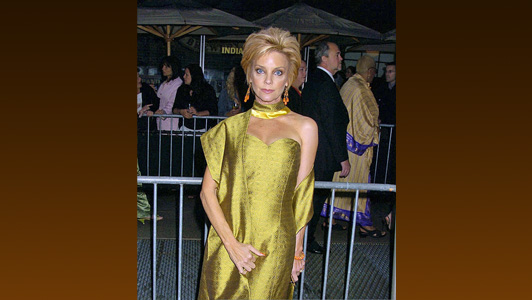 Judith Chapman arriving at The 32rd Annual Daytime Emmy Awards, April 28, 2005 at The Kodak Theater. Palm Springs' Judith Chapman (The Young and Restless) strolled down the red carpet at the Daytime Emmy Awards in a gown Palm Springs Designer, Garyk Lee. In the '80s, Lee opened a couture salon in Beverly Hills. In the '90s, he moved to New York and sold his label to stores such as Neiman Marcus. Lee designed Chapman's gown in green silk made from a 100-year-old Vietnamese loo. 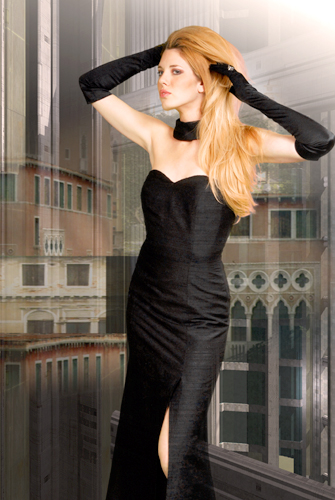 Garyk Lee’s trans-seasonal collection of cocktail suits and gala evening gowns are the ultimate in sexy chic with sophistication. But don’t take our word for it. Ask our fashion columnist Mr. Blackwell, internationally known fashion critic, who has compared his work to Hollywood designer Adrian. “Garyk is pure couture talent”, Mr. B says. Another fashion expert, Rosemarie Troy, adds her praise, especially after hosting a showing of Lee’s couture in her El Paseo boutique. Says Rosemarie, “I like to encourage young designers, especially one who lives here, and Garyk is exceptionally talented. His fashions are beautifully made in marvelous fabrics. He’s really a great artist."

In 1998 Garyk Lee conceived the idea of a Fashion Theater Styled Runway show to American Paralysis Association. In May 1999, this star studded event was held at Raleigh Film Studios in Beverly Hills Ca. honoring Christopher Reeve. Dinner chairs included Steven Spielberg, Albert and Pearl Nipon as well as Sherry Lansing, CEO of Paramount Studios. Garyk spearheaded and co chaired this event with Laurie Rosenthal whose husband Mark, owner of Raleigh Film studios, was also a Dinner Chair. Garyk not only designed the sound stage for this gala event, he premiered a Tran seasonal collection and showcased a beautiful jeweled gown on Christopher Reeve’s wife, Dana. 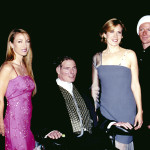 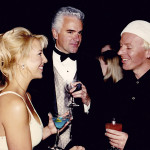 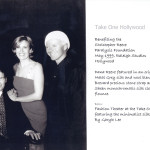 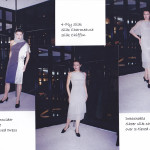 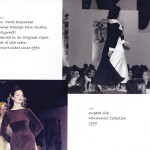 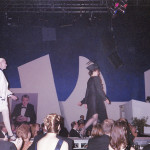 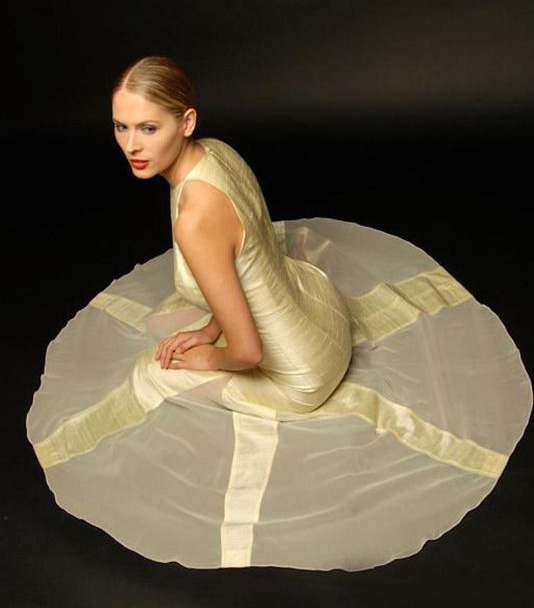 Garyk Lee knows everything important to a woman from her multitasking life to her need for comfort and fashionable wear. For that reason, his fashion line, Bamboo Sporture Collection is full of style flexibility. Lee’s distinctive thermal-regulating “bamboo” fabric (70 percent bamboo, 20 percent organic cotton, 10 percent stretch Lycra) keeps you cool and dry, while providing a luxurious feel and appearance. In addition to everyday women’s fashion, Lee creates eloquent designer dresses and separates for a variety of climates. As a multi-faceted designer, he creates timeless apparel that works in today’s world of international travel as well. His fashion career began as a young man by opening the first couturier salon on Robertson Blvd in Los Angeles. Early success at his salon led him to New York City where his designs were represented in Neiman Marcus and Bonwit Teller, to comprise direct orders from his Couture Collection. (READ MORE) 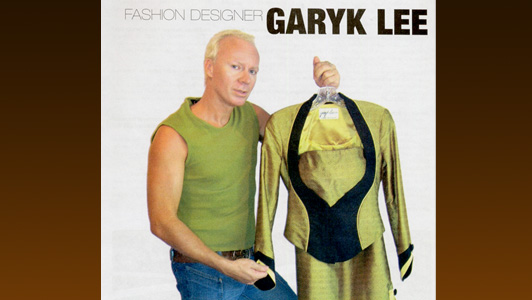 Fashion Designer and life style artist Garyk Lee produces imaginative designs with infinite possibilities. After five years with a couture salon in Beverly Hills, he moved his business to Seventh Avenue in New York where his designs sold in many major department stores. Always examining reasons to return to LA, Lee welcomed trips west to accommodate several of his couture clients who arranged fashion shows in their estates for him. In the mid 90s, when Christopher Reeve had his accident, Lee listened to his heart, which told him to create a fundraising event for the Reeves Foundation.   In 1999, Lee introduced his designs and innovative fashion theatre in a major sophisticated event at Raleigh Studios for an audience of 400 people, including patrons Steven Spielberg, Sherry Lansing, Albert Nipon, and Aaron Spelling. At this heart-felt evening for the Christopher Reeve Paralysis Foundation, Lee’s collections were shown in a fashion theater setting. Garyk Lee silk styles and old retro designs were worn by the Los Angeles Groundlings Theatre Group posing in behind-the-scenes action. During cocktail hour, a silent auction raised funds; John O’Hurley was the M.C. (Dancing with the Stars, Fantasy Springs Casino spokesperson.) “After the silent auction.” Garyk Lee says: “My plan was to paint fashions on life-size canvas to the beat of contemporary music while the models would enter in my garments.” The auction generated $70,000 for the charity.   By 20016, Garyk Lee had created the design for the Emmy gown for Judith Chapman (Gloria on The Young and Restless). 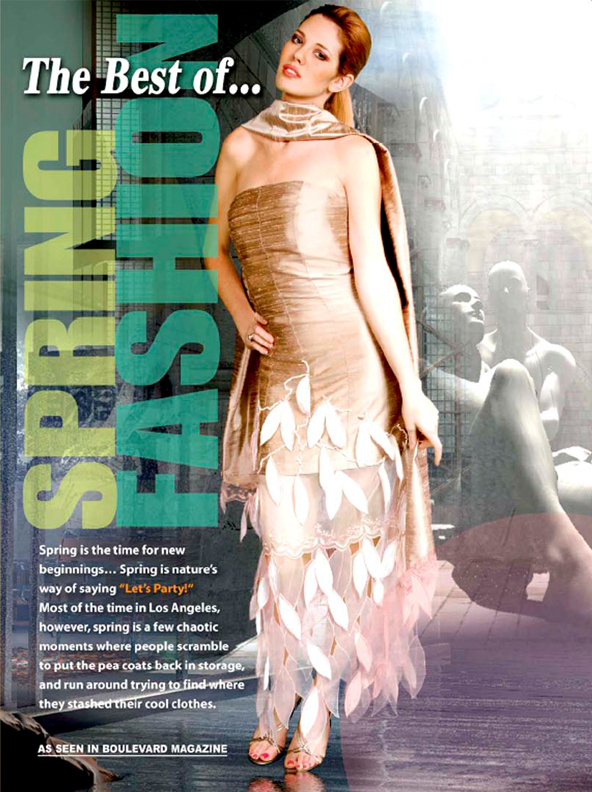 Nicole Borgenichs tells us about one designer who will lift you out of your winter melancholy with a fresh new outlook on fashion. “Garyk Lee Designs undulate with every curve of the body in a high fashion flow”. Garyk Lee’s career launched at 20 when he designed a dress for a Miss World contestant from his hometown in Oklahoma City. He opened the first couture salon on Robertson Boulevard in Beverly Hills; afterwards his ready-to-wear fashions appeared in showrooms on Seventh Avenue in New York, and his designs were presented in upper-end boutiques and department stores nationwide, including Neiman Marcus. Lee not only has a passion for his work, but with a deeper understanding of his clientele, piece by piece, he builds a wardrobe. “Flirty cocktail dresses are feminine and showcase shoe-fetishes, because women love to show off their shoes.” These garments are put together in America, though the silks are from the Middle East and China, while the laces and brocade fabrics are from France. Women float across a room in the international flowing ensemble of fabrics. Appear in a Garyk Lee couture gown and the design sings out harmonically. Lee contrasts a fine quality silk gown with textured 3-D appliqued floral silk patterns. Lee says. “My application of that fabric would either be on a jacket, a stole, or inserts in a gown, but not all over the gown because there’s a lot of texture to it.” To find out more about Garyk Lee, visit www.garyklee.com